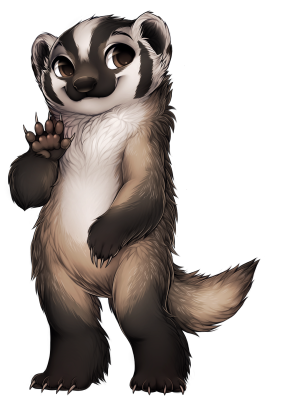 Tries tormenting Nysha just for fun. She is getting used to it, tho. They occassionally go on criminal adventures.

Taunts Tiniko from time to time, but also claims to be his friend. He wants him to be his apprentice of evildoings.

Can only be "alive" in the dark or with very dim light, if a lot of light is shown to him, he will dissapear, once the darkess comes again, he will re-appear just where he was.

Invisible to most people, but can whisper things to them as if they just though about that.
Their brain reacting to those whispers is amusing to him.