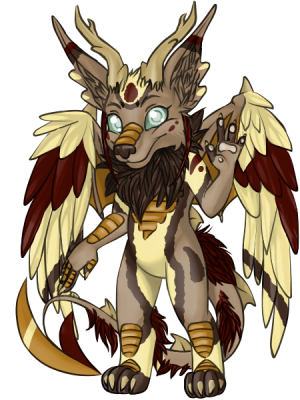 《The Monk》
Septarian is a Pneumatic Dragon Wolf - an original species by Gilda ! Welcome to her page!

"Pneumatic Dragon-Wolves are a species with a lot of fluff, feathers, and the ability to create flames from their very heart and soul. Their life force isn't from the physical heart (which they have 2!), but from the power of Pneuma flame within them. These magnificent creatures once lived along humans in some reality, far off from our current one. However, the humans eventually abused the kindness of these PDW, and would hunt them for their pelts, horns, and the power the pneumatic crystals forged in their hearts. However, The Ancients saw this and collectively made a Sealed Space, a pocket reality to serve as a haven for their kind." 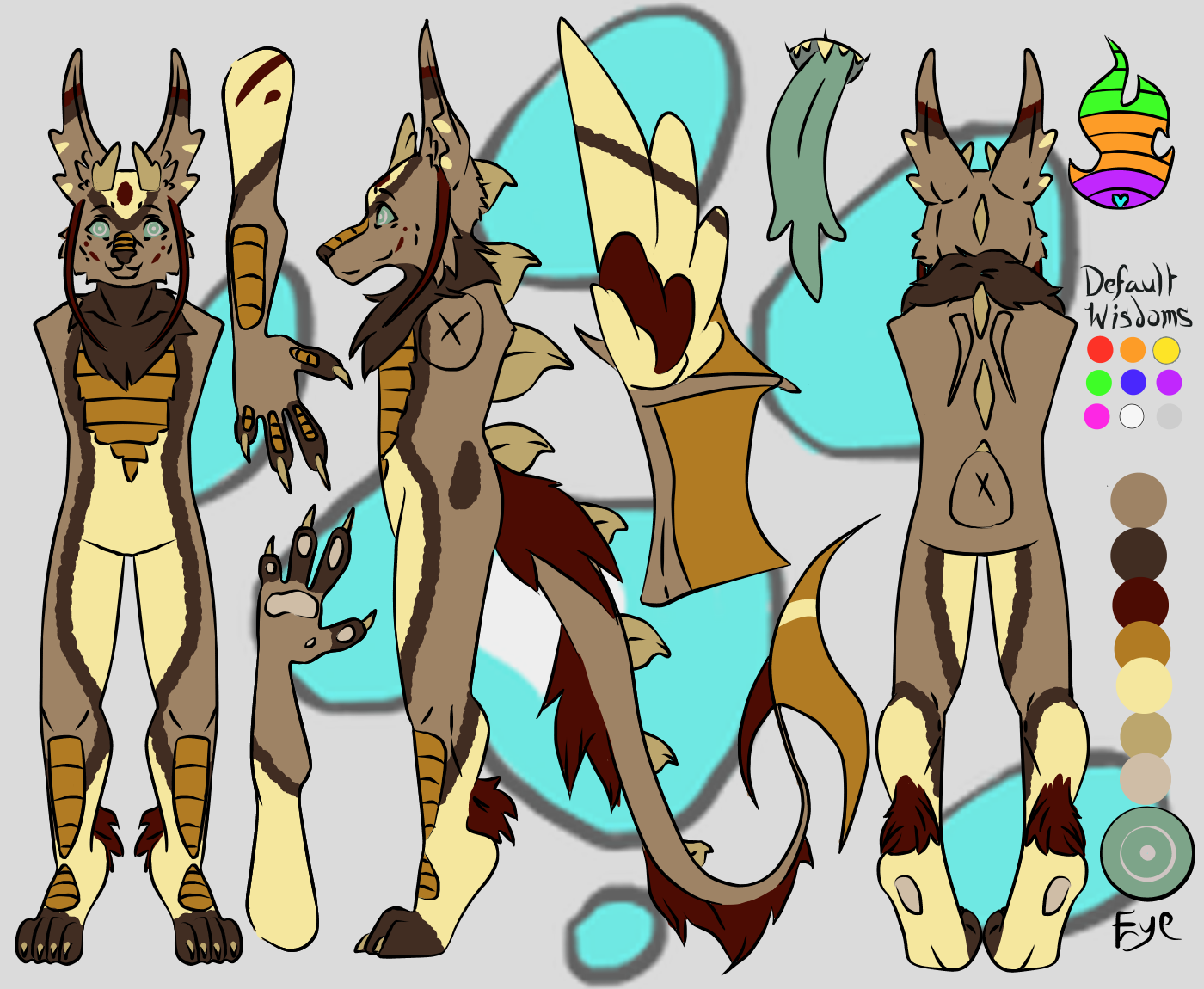 Septarian is a nomadic PDW who studies & follows in the footsteps of the Ancient of Wood. At a young age, she felt that the Ancient of Wood appeared to her in a dream and called her to follow Them & the changing of the seasons, so that became her biggest dream and joy in life. She fancies herself a monk of sorts and communes moreso with nature than with other PDWs. She's especially interested in forest conservation & sustainable housing & structures. Her pneuma flame is bright orange with a purple core and green tips, symbolizing her selfless patience stemming from humility.

Adopt your own PDW here!