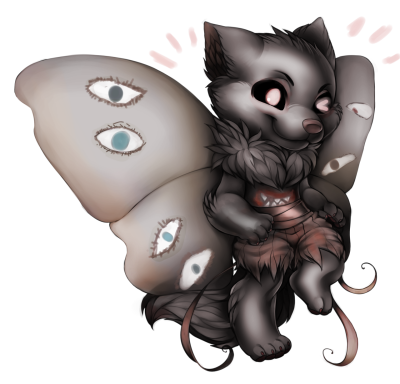 Tags: wolf robot creepy fairy costume and sorta cute reach into your local dirt and find a friend and a boy

Yuujin no longer has a house! They will be unable to work. Please replace the house or move Yuujin into a FC slot.


Yuujin is a robot who took on his current form from watching too many horror movies. He regularly shops at Hot Topic, despite not having a age, let alone being a teenager. He has a fixation with music, he likes almost anything he can get his paws on, be he appears to prefer rock and pop.

Personality: Being a robot, he doesn't have much of a personality, instead, he absorbs the personality traits in living creatures he finds satisfactory onto his... brain-disk. Yeah, let's go with that.


(Comments on your painties will most likely be in character. Will DEFINITLY respond to in-character comments as in-character.)