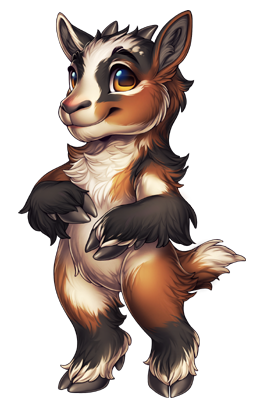 Noone is sure if he plays pretend or actually believes what he sais, but he seems very serious about him being some sort of demigod and having supernatural abilities.
Other than that, he is very eager to talk about his interests, wich happen to be animals, hiking, eldritch horrors and the supernatural.

He doesn't start conversations unless it is a job thing or it is really urgent or pressing. He prefers to do his thing and think about his things, usually sitting or being around his "territory"

He won't usually reject conversations but as mentioned, he won't start them unless it's job related or really important.
This goes for letters, text messages or any other conversation method.

If you talk to him about other things other his interests he will probably try to get the conversation back to him, usually saying things like "Aren't you scared of talking to a half-demon?" or "Poison runs in my veins, I suggest you not angering me." Wich comes off as weird and edgy. If you can ignore that, he will show his friendly side.

He claims he has a tentacle monster in his basement but everytime someone goes down there it is not there anymore.
Who knows if he is saying the truth.

Taka claims to be his friend but Iitavi sais he doesn't particularly like the hyena that much, altho the both of them have seen talking about Animal breeding and handling for hours at a time