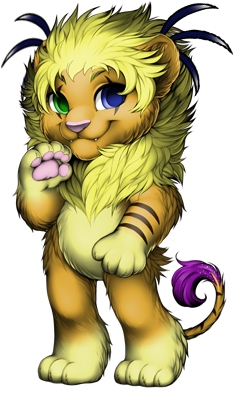 "The thing with life is, even if you know what's coming, you never know what to expect."

Likes: Taking walks with Zaffar, Star-gazing
Dislikes: Hyenas, Water, Being alone
About:
His parents died when he was a cub. Growing up alone he taught himself everything he knows.
He tends to be very daring, often going into danger without hesitation.
While exploring one day he found an abandoned cub named Avram and took him in as his own. He struggled to try and take care of the both of them, often going without food so Avram could get the nourishment he would need to grow.
A while after he met Alba and started a Pride and family with her. They had two daughters together, Rosebelle and Red Wine. They lived together happily in their Pride, growing, sharing and loving one another.
Choosing Zaffar as his personal council, he helped him scout the lands and keep track of his kingdom. You will usually never see him away from Gidith's side.
Soon after they had all grown up and started going off on their own, so did he and Alba. Their love for eachother somehow no more.
Now living alone once more, he still longs for them but knowing it could never be the same.
The Fall of a King
In the darkness of his emotion his empty thoughts of being alone took form in the shape of a darker and much stronger version of himself, Garth.
He now spends his days wandering the lands of his old kingdom, escaping Garth's wrath, trying to reclaim what was once his. Only Zaffar remains at his side, still loyal to his King.