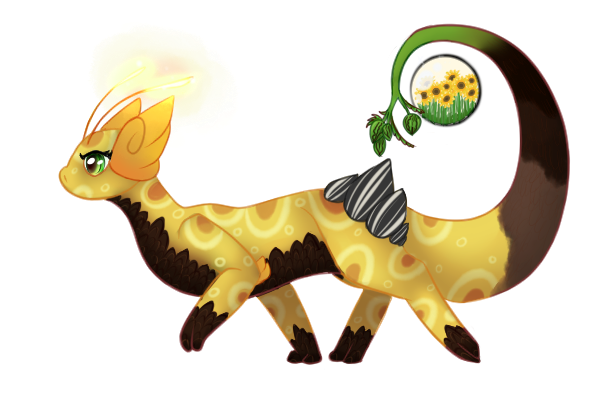 Florren species description:
Florren are small creatures known to inhabit wooded areas. They are seen as myth by all but a few; their small size and secretive nature make it almost impossible for that to be changed. They can float with a small organ containing helium, combined with their small statue and hollow bones like that of a bird. They can control their flight unexpectedly well by creating and releasing helium inside of a special organ known as a Helium Stomach, or Heliach for short. They are very intelligent and can understand a variety of languages.

Each and every Florren currently known of carries a glass orb somewhere on their being. The origin of the orbs or how some of them seem to levitate is unknown; what is know is that every florren's orb contains a different type of flower, and somehow the orb and flower both grow with their florren. Florren protect their orbs with their lives. A florren without an orb or whose orb has been broken never survives long.

Gift art by the ( ･ω･)ﾉ Fairy (thank you, whoever you are!!)