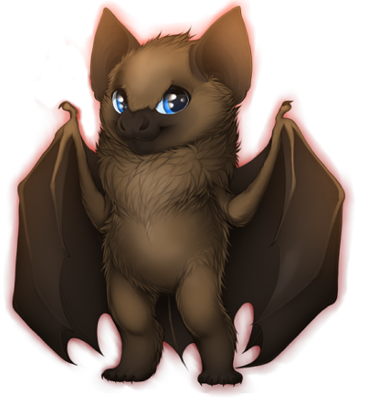 SERMON is a new fan-character of mine who thinks he's a bat! And I don't mean in an other-kin kind of way. He will honestly act like a bat (or attempt to) which inludes: Hanging from the ceiling, flailing his arms in an attempt to fly (he can fly, but not...like...that), and even trying to make high-pitched noises. He's, actually quite delusional and has to stay in assisted living in the case he may harm himself.
To make him happy, I'll be making him a bat here! And it'll be a little brown bat :)!