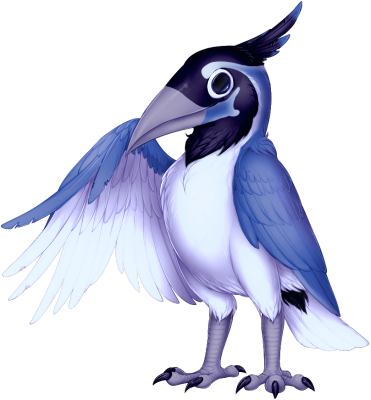 All comments made by Conitheres are in-character!

Conitheres De Mallacasanha, or Coni for short, was previously a wanderer jokingly nicknamed Leech Blood. All she ever knew how to craft was leech blood, and over time she became obsessed with it.

She wandered into a creepy village near Dragon's Maw Manor and discovered a fellow doctor. While kind, they were also far more experienced in the local medicine, and took her in to "tutor" her.

No one in that creepy village really seems to know or care what happened to Coni in that time, but she came back... different. No more knowledgeable in medicine, but far less obsessed over her leech blood making career. The fellow doctor insisted to call her by her real name. In doing so, she now resides as a permanent resident in this tiny, creepy village.

Much like most birds, Conitheres is always yelling. She doesn't have an inside voice.