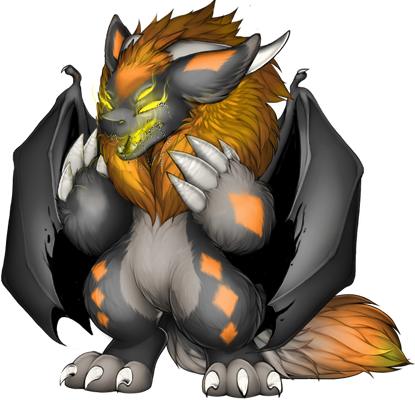 it is no hybrid. it calls upon a dark force, one written in tomes sealed with blood, swayed by the allure of its power, and it transformed him. he formed his own tribe, tempting other wickerbeasts to its cause, corrupting them. it calls itself a god-king.

its wings are void, empty inside, absorbing all light. its lips split, almost beyond what would seem normal, and a glowing yellow tongue slips past. his maw drips with what looks to be liquid static that hisses and burns as it hits the ground, and it's voice is low, guttural.