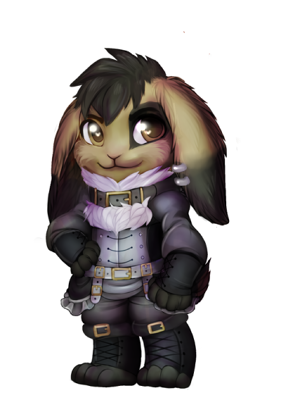 A young blacksmith who's wandered from Foxbury and came across this village. They aren't particularly skilled, but have a lot of heart to learn!

Mia has somewhat taken them under her wing, as she has plenty of blacksmithing experience to share.

Although as of late, they've been taken into the allure of Olume and her gang, and have started hanging out with them more and more. This has caused them to be more and more rebellious, and it excites them to think that they're part of some "bad boys".

Their faithful pet Rorri loves to scare people and, as his name implies, he roars. A lot. Such a tiny pet has a HUGE roar, everyone in the village can hear when he's hungry or wants attention.


<Paintie'd adopted wanderer :0 will work on a bio soon, or if the original owner wants them returned let me know! Not sure of original artist ;; >