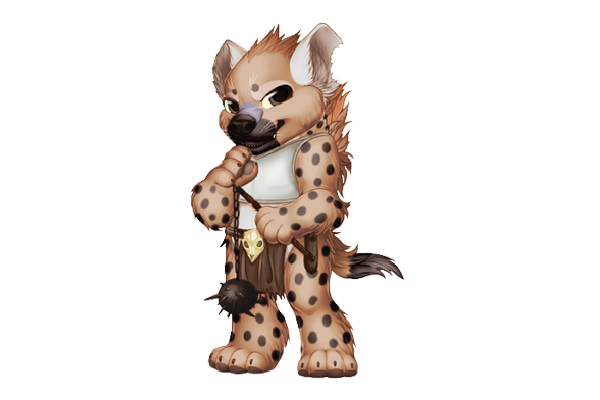 (Originally a feral character, made into a gnoll for D&D purposes while original still exists as well) A tall, pot-bellied gnoll who is rather blunt, sarcastic, and brutish though almost as smart as she is strong. Somehow she isn't very intimidation and often times seen as cute and fluffy which of course, annoys her. Mngwa often relies on her morning star and her own heavy bite as a weapon. She's often seen traveling with a ragtag team of various races.

Named for the Tanzanian cryptid cat.