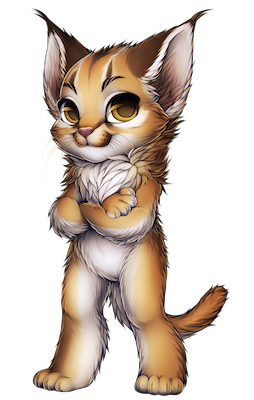 Saffron no longer has a house! They will be unable to work. Please replace the house or move Saffron into a FC slot.

As you walk around the village, you notice a hooded figure slowly wandering around the frozen lake, surrounded by a few animals. You walk closer, her ears flicker, but she doesn't turn around.
"Ah, hello there, stranger. Would you care to walk with me a while?"

My Current Fursona (She will be going through a rework soon!)

Full Name: Saffron C. Falconer
Name Inspiration: Named after the Saffron, a lovely red spice with a unique flavor that seems to change for everyone. As a color, its typically a shade between orange and gold. And, I love autumn colors, so for a character representing myself, I felt this was a very fitting name,
Character Inspiration: If I didn't have to worry about economics, I think I'd want to become some type of wandering shepherd or nomad, so that's why you'll often see Saffron switch between Explorer and Animal Husbandry. She's also (/will become) a caracal: a wildcat common in parts of India and highly endangered. It's an animal I learned about way back when through Zoo Tycoon, and since my spirit animal sometimes shifts between a cat and a tiger, I felt that a caracal fell between those two. I envision her as the older, wiser version of me that I hope to become someday, even though she's not that old. She simply found peace with herself earlier than I did.

Style: Saffron doesn't wear much outside of her robes. She's like a wizard but without all the magic (or is she..?). She keeps her hair trimmed but fairly natural.
Behavior: Most of the time, she's quite calm and plays the role of the peacemaker. She's very friendly but prefers her alone time. In reality, though, she spends most of her time working with the pets in the stables. She has a strong connection with nature and believes in treating all creatures with respect, and giving back to keep the balance.
She was just a wandering traveler roaming Tiger's Eye Peak but she found good friends in the village of and decided to settle there, helping out the growing village whenever she could.