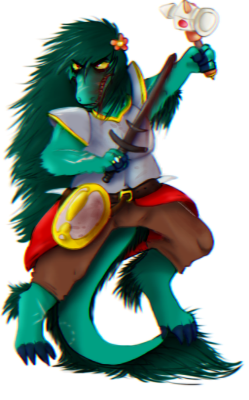 Salem is infected with Lycanthropy. Changes into a beastly monster after exposure to moonlight or especially frustrating board games. Howling at the moon relieves the symptoms for a little while, but use a Golden Apple for best results. 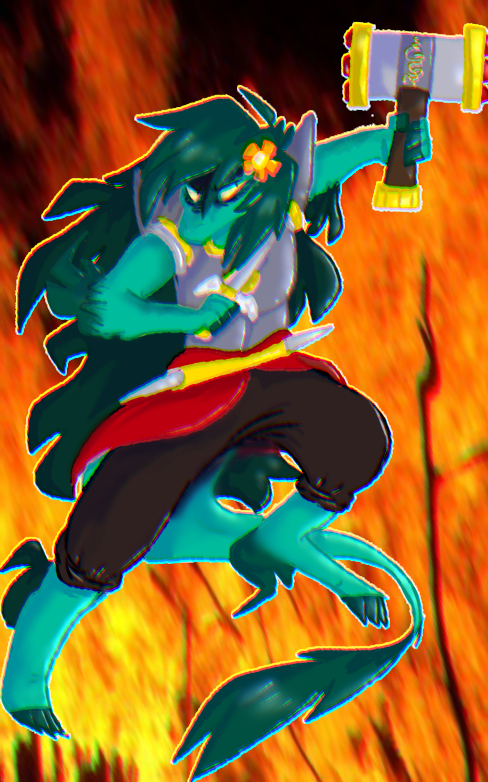 when someones rude to her friends
If you see Salem in battle, feel free to comment afterwards, it's a pretty cool way of meeting other villagers :D
Voicelaim: Jasper, Steven Universe but with a slight Russian accent
Salem is a minor character in my webcomic, which you can read here!! -Lesbian, she/her or they/them-
A weird sea monster. Salem has two coats, a spring-summer in one which is pastel and goopy, and an autumn-winter one which has more natural murky colours. She's a salty bab who wants to fight everyone.Good friends with Copycat and doesn't like Fear. Loves to fight.
her theme:

Hella gay for her lovely girlfriend, Celeste, and loves to put flowers in her mane 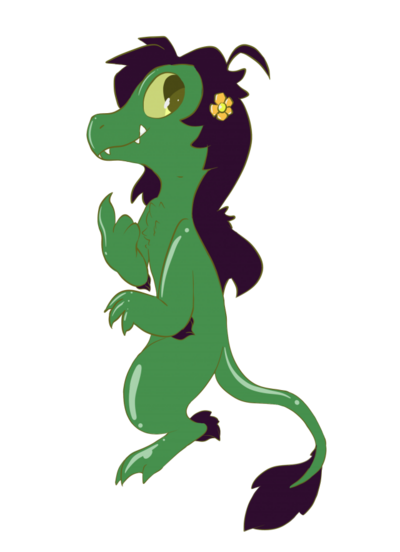 future paintie by the wonderful Sugarxsalt once I have the funds!! 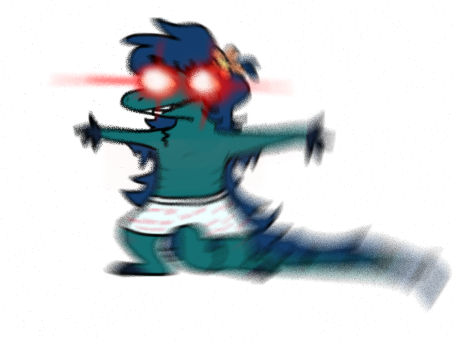