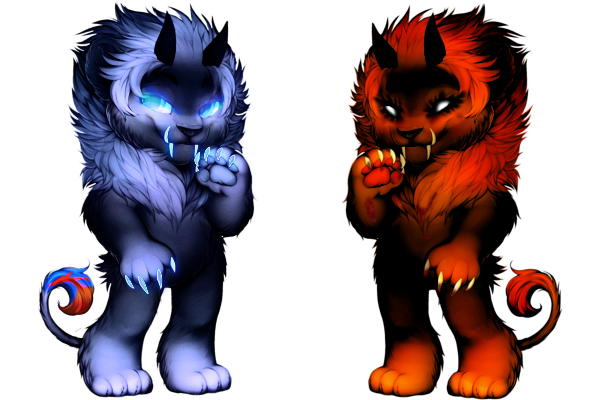 
You come across a frosted peak.. the land torn and ravished by the tundra as the barren, dead arctic sits ahead of you, where barely anything but the most desperate of roots cling on for their life. A smirking figure flickers in the shadows, watching your torturous descent through the once vibrant wasteland as a fanged smile welcomes you.

"Rukanth, i believe we have another would-be-hero, make yourself useful and rip their souls apart!" he cackles out, snapping his fingers with a twirl of white frosted mist circling around the fallen hero. Slowly, the dead, lifeless looking thrall comes to life, his black pits flickering with a white, burning iron hue as he watches you, rising to roar out with a monstrous roar as he awakens with the very earth shaking as he bares his fangs out into a snarl, breaking out a old rusted and tarnished war axe as he darts ahead of you!

Thankfully, you are no luckless adventurer as you brace yourself to fight, whether by magic, blade, spell or claw, they welcome you with the splitting air of the earth! Watch out for Sulkral's magics, a icefiend of the storm of the north and spellthief. He can rip magics apart and use them to destroy their owners, while Rukanth's is a fallen spellblade, reduced to a monstrous brute. He is slow, but powerful and packs a punch with elementally imbued attacks, slashing with searing ashfangs, alongside being able to rend the earth into gaping abysses that will attempt to swallow you! "


Disclaimer A cut off the rest of my villagers, i intend Sulkral and Rukanth to give off a miniboss feel compared to my other villagers vs being Fursonas, They are a for fun characters and as time goes by, maybe i'll soften them up. But as for the moment, Sulkral: PREPARE TO HAVE YOUR FLESH RENDERED AND YOUR SOUL IMPRISONED AS OUR THRALLS! Rukanth: GGWW-AARRRR! (Overlord, i serve!! .. Against my will, to death, i am hellbound, fight with your all, i give mercy no more! "Splitminded", Tasira from the "Draw the villager above you thread" (psuedotrade, i tried to repay it back with a semi animated bust! "Deceit and Treats" by @netflix commission! 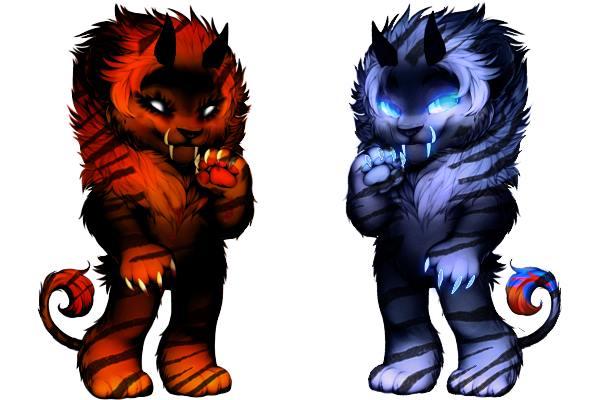 Tiger stripes mockup concept by Lacerne for self use)
(For any commissioned artists reading this, if you want to give them tiger stripes, go right ahead if you want! i love them! ^^. [Just didn't have access to any good lion stripes haha] 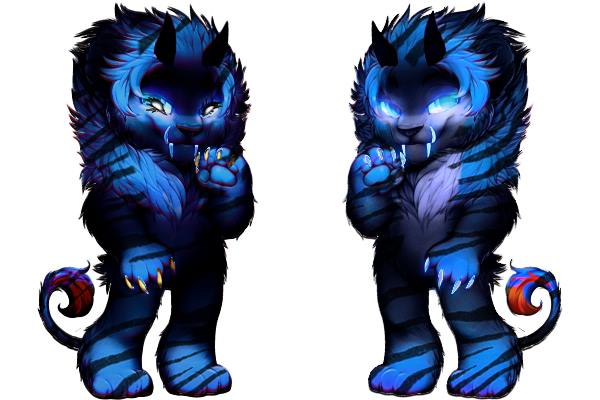