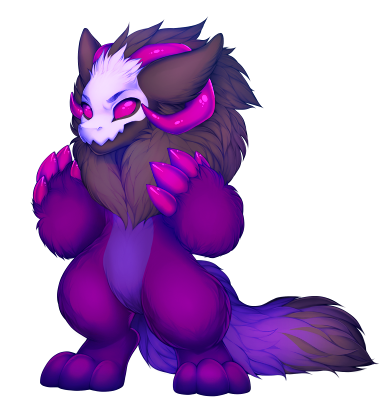 Soopah Beesstoh is a creature is a creature discovered by Japanese scientists and named after a Rob Zombie song. He possesses a brutish strength and stamina, though he prefers to make things with his giant hands. His grammar can be described as "Cookie Monster-esque." Thought to have come from a race of beings with a penchant for violence, Soopah Besstoh is a surprisingly gentle soul, who likes teddy bears and cookies and cakes and tall glasses of milk, alonf with his best friend Snuffleupagus. But be careful; a vicious animal still does lurk beneath his cuddly persona. Just don't provoke him.