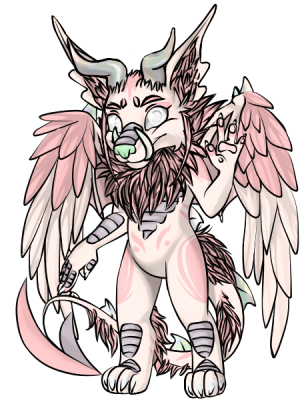 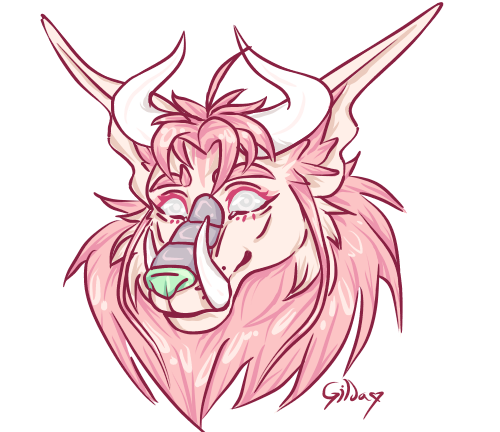 Her horns sparkle in an iridescent light, a color unlike other PDWs. They are also her namesake.
Iridýon is a brave, loyal, and strong creature, if not a little gruff. She takes it upon herself to guard other PDWs, especially those nesting eggs from Negas. Iridýon is always careful to not expose herself to the eggs, however.
She may seem intimidating, but if you prove to her you are purehearted and kind, she may allow you to adopt a pupling.

Iridýon is unable to have her own puplings. She secretly grieves over this, but also uses it to power herself into caring for her clan.. She is close friends with Mina'Vii.
Iridýon doesn't live directly in Fairfay, but visits Mina'Vii often in it.

Her Pneuma is a mix between green, pink, and yellow, which symbolize selflessness, loyalty, and courage respectively.