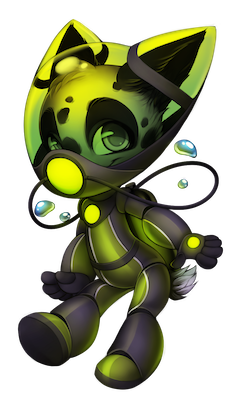 Askii is of the belief that everything and everyone has a purpose. They found theirs in Fliq's memory core, and that purpose had a name: Tin. The brother of her creator was lonely and loneliness, Askii learned, could do terrible things to a person.

Even a made person.

No AI in their world would create another and order them to do something, no, but they couldn't swear that Fliq's worry hadn't influenced their desire to...be a companion. Did it matter though? If it was a choice to be with someone what did it matter if you had been inclined in that direction or influenced?

Askii didn't think so. Having a purpose, and a companion...was good for them too.