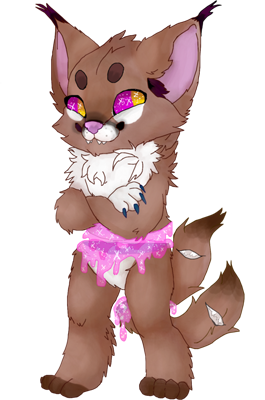 This former-alligator, Who goes by 'Carcass' (although his real name is Leon) spearheaded the creation of morphing potions. He was one of the first people to successfully morph himself into another animal species. His methods, first praised for being fast and mostly effective, began to have odd effects on his body. As he began falling apart, quite literally, less and less furries would volunteer to be his lab rats. Despite this, his goal remained to artificially synthesize a cheap and guaranteed Gembound morphing potion. As even he began losing faith in the safety of his concoctions, he began trapping lost furries or wanderers and forcefully testing on them. If his potions failed, which could be deadly for the injected, he'd turn them back to the wilds, where they're likely to show up as monsters that the Warriors are paid to battle. He synthesized Cleaver to be the perfect warrior (and to clean up his 'mistakes') and while it was successful, she became a horrid, crystalline version of her former self. Regardless, he's proud of his work on her... And she's bound to him as a guardian.