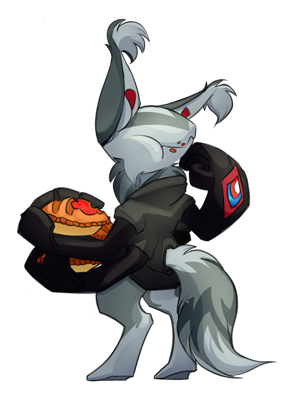 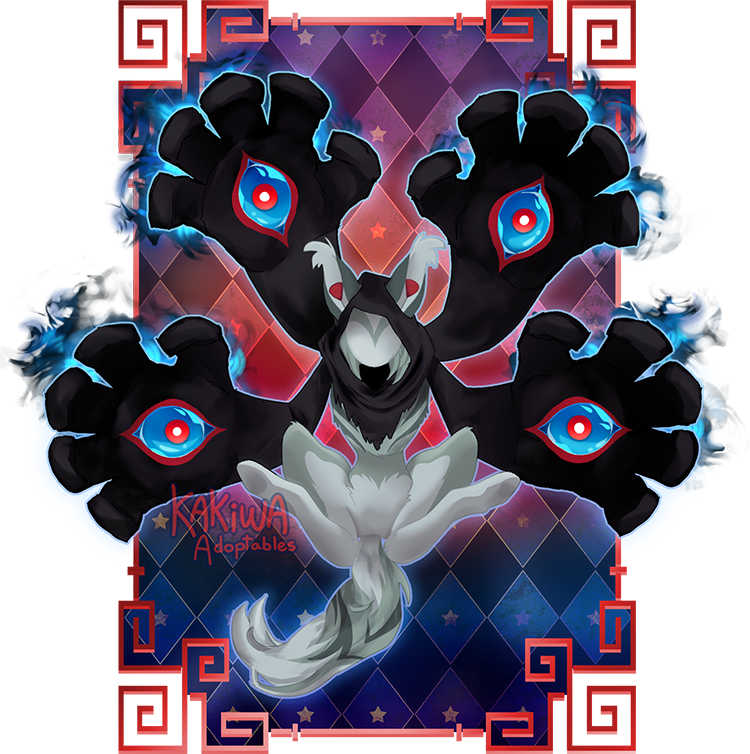 A Scarfox who lives in a bustling city, Haseo had originally taken up residence in an apartment in a shady area of town but now lives with his mate, Will, in a cozy loft apartment. He lives a carefree life for the most part, making his income by streaming video games or urban exploration ventures and has built up quite a fan following for himself online. He's also made friends with other notable online personalities, like Dabi.

He is popular more for his urbex videos than his game playthroughs due to his teleportation abilities and lightweight stature allowing him to reach places that most humans aren't able to access, meaning he often has footage that no one else does. Plus, with his four eyes, he is able to look in several directions at once which makes it hard to sneak up on him so his chances of getting caught are usually very slim. That said, a slim chance doesn't mean it's impossible. Not all of his urbex ventures go smoothly and he has had more than a couple of run-ins with security patrolling a location. Never discouraged, getting caught is little more than a game to him and Dabi and they joke about it on their channels later on.

He seems friendly and outgoing in his streams, and those closest to Haseo would say that he is generally pleasant to be around, but the faceless Scarfox can be irritable and does get bloodthirsty on occasion when tired or bored due to his blood manipulation powers. He won't actively go looking for trouble, but carries a small knife in his hoodie pocket hoping someone will give him a reason to use it all the same. He also has a mischievous streak and likes going for walks with Mama to scare the local citizens, as well as teaming up with Scout to steal the pies and other baked goods made by Obelisk.

Though his face mask is void of any notable features, Haseo DOES have a seamless mouth that allows him to eat and gain nourishment when it's required. His mouth is completely invisible when its closed, and he really doesn't show it unless absolutely necessary. Though, sometimes, he uses it as an intimidation tactic in a fight.

Like Will, Haseo is also an online idol to Matixx. Through Will, Matixx was able to meet Haseo offline and the two have become friends with bonds over gaming and music. The two have also been able to confess their darker sides to each other; Haseo's growing bloodlust and Matixx having taken a man's life. As such, they have a mutual respect for, and understanding of, each other. Will is concerned for both; Haseo is his mate and Matixx is his best friend, so he watches over the two of them as best he can with the help of the other foxes in their social circle.