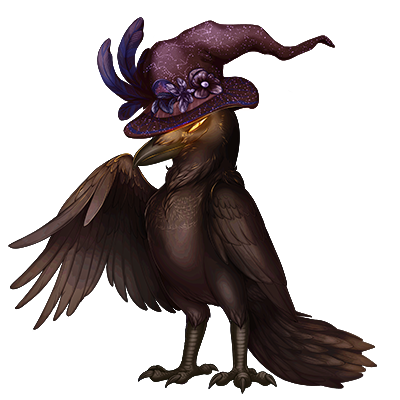 aspires to be a murkrow

At night, when all is quiet and most settled down for a long rest a curious avian lurks in the shadows causing trouble. As if the small town of Paxton needed more to worry about, battling all sorts of ailments, they dealt with her the incurable plague itself. Mercy was a queen of mischief but often went too far. Despite being banished she still manages to cause a ruckus for the towns people.

It wasn't always this way. She once studied alchemy alongside Scarlet, the town doctor. The more she learned, however, the more corrupted she became. She took a big interest in curses, over spells and began terrorizing anyone who she came across. Anyone.