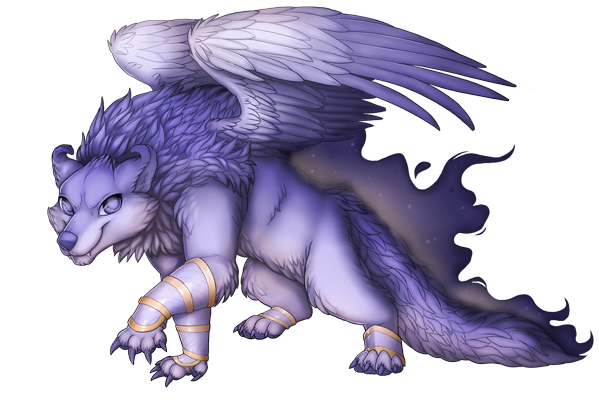 Sharama is an interesting part of the group. She's more the protector of the group than part of them, living in a modified lookout post on the roof of the house. She's relatively quiet, but doesn't speak in the villager language, instead making barks and growls. She's taken the whole group as her charges, and would do anything to protect them, even is there is one or two she rather dislikes. She's almost always at her roof house, watching for dangers to the house. Some of the villagers like Lily and Cirrus will often bring her food offerings, so she likes them the best.