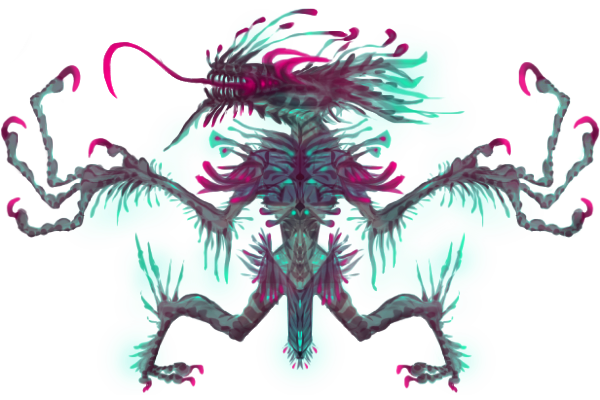 Their race resemble the glowing fungus and flora of the caves his kin reside in. They blend-in so remarkably well in their home environment to the point where they seem almost invisible. Most visitors would not realize they even exist until directly confronted by them.

They are secluded beings, living in an eerie cosmic dimension unlike our own. Their point of origin is a large cluster of floating land-masses and asteroids populated with life. Very little light reaches these places, it's in a near-state of perpetual darkness with the only cosmic light being from far-away nebula. Most native flora and fauna are bioluminescent, life lights up this world instead of a mother star.