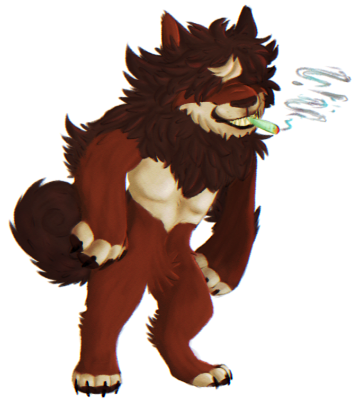 Atticus is infected with Lycanthropy. Changes into a beastly monster after exposure to moonlight or especially frustrating board games. Howling at the moon relieves the symptoms for a little while, but use a Golden Apple for best results. 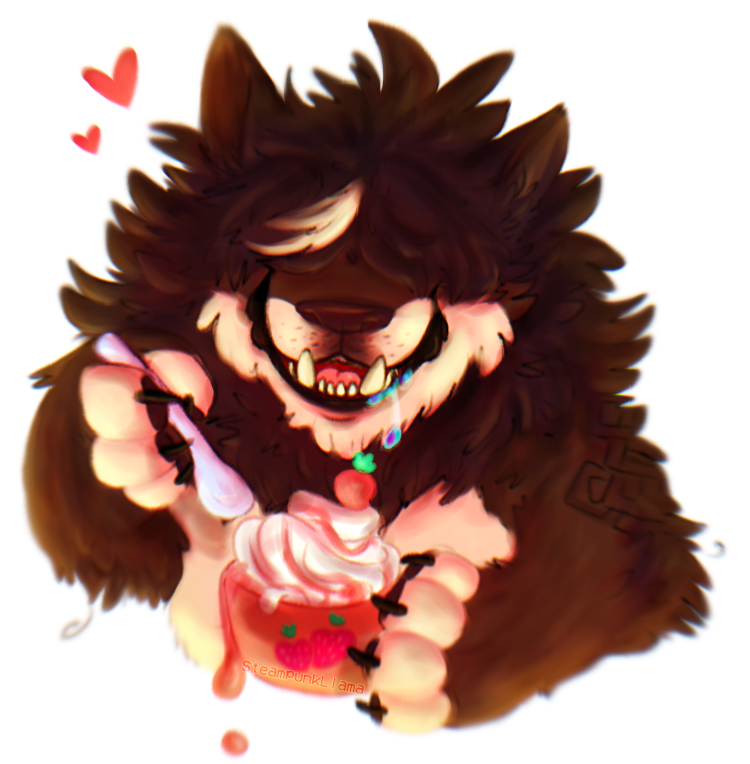 {Brought to you by Steampunk_Llama}

He's a simple, chill guy. A guy who happens to grow back fur at a breakneck pace and casually sleeps strapped to his bedframe about once a month. You know, just a chill dude who likes to sing to the sky (and neighbourhood dogs) at night, but it mostly just sounds like wailing and results in a lot of noise complaints for what most people assume is his rather large dog (that they have never seen). A normal, chill, relatable and tired guy who has been considering getting a dog for some time now, but worried there would not be enough "room in the house" for two. He needs a job, wants a job, and has been trying to get a job for over a year since leaving his parent's house in a tiny town in Scotland. However, his various issues cause major setbacks for impressing potential employers. He has been laid off more times than he is willing to admit for things like excessive shedding or inability to wear proper uniform due to heat buildup and/or discomforts he cannot rightly explain. Not to mention the more common lack of transportation or limited hours. Suffice to say, he would love to be on stage making bank, but for now, he just wants to get by.
Atticus' ToyHou.se(18+ for safety)