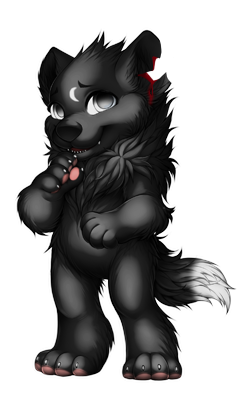 Relationship Status: Single and Open
While the hyena's back is turned, you pick up the paper that had fallen from her bag. You were going to give it back, of course, but you were curious to see what it said. After all, Silver was talking to Cassie, so surely she wouldn't want to be interrupted? You looked around nervously before turning to the paper in your hands, eagerly beginning to read it.

The Galaxy Project
Town: Quetzal Palace
Village: Classified
Log Entry #: 256
The Galaxy Project was originally an experiment conducted to see how many of the same species of villager could have the same name. A likeable color was chosen on a likeable species; Iridescent on Dragon, paired with a name that fit the combination; Galaxy. Funded by many doctors and alchemists as well as other creative minds, we were hoping that the project would gain popularity. However, few villagers were willing to go through with it, as most would not want to change something as much as their species for something as mere as an experiment. But my boss was not to be halted. Setting up an underground lab, we began to periodically kidnap villagers of all kinds all throughout the lands, known as the Colorful Capture. We would then keep them in the underground cages, also known as the Innocent Prison. We clipped tags onto ears or tail tips to number the hostages, and when their number came up, it was their turn to be experimented on. We call this the Transformation Term. We would force them to ingest the morphing potion, with increased potency to be safe, and then brainwashed the victim to make sure they knew nothing of their personal life. When we were sure that the old villager was gone, we then released the successful Galaxy back into the world, with no memory of the person they once were. But recently we have hit a wall in our project. One of our interns was weaker than we expected, and began making relations with one of the subjects. Subject 10274. The subject temped him, hypnotized him. Then one night, after the intern had spend a particularly long time with the subject, he had forgotten to lock the cage door. Subject 10274 did not hesitate to break free, and quickly incapacitated the guards, as she was stronger than expected. And despite our defenses, they managed to escape the facility. We terminated the intern immediately and are now planning a move to a new location, but I believe that in spite of our best efforts, our project will go down in flames. Our only hope is to speed the transformation process up as fast as possible to speed through the remaining hostages and leave no evidence behind. I must go now, it is time for Subject 10598's Transformation Term. I will record the details, and talk a bit about the second face to our project, later.
Reminder: Get one of the interns working on the secondary part of the project to clean the bloodstains off the wall.

The paper ended there in a jagged line of frayed edges. It must have been haphazardly torn off from the rest of it. You struggled to calm your shaky breathing. The warm breeze did nothing for you, as you were drenched in a cold sweat. You threw the paper on the dirt ground as if it were on fire before hurrying away, not even glancing back.

No one knows where Silver came from. Rain found her lying on the ground unconscious one morning, clearly drained of all strength. Her left ear was torn badly, and in her sleep the hyena mumbled the numbers '10274' over and over again. She suffers from social anxiety and paranoia, and is untrusting of those she does not know. She can barely bear to be alone without a trusted friend, such as Rain, Chester, or Fern. Sometimes, she repairs houses of random people just to pass the time. She has consumed a small portion of a dragon morphing potion, allowing her to breath fire and summon it from her paws. However, using this power is very tiring, and she only uses it in dire situations. Paintie by BoiImABoi !
All comments from Silver will be in character unless stated otherwise!