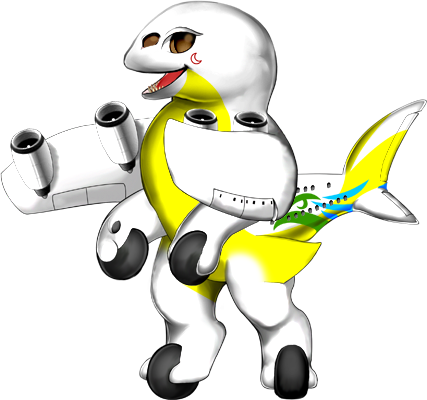 Aebo is one of the few couriers that brings all land-bound and sea-bound villagers from Dragonsmaw to Quetzal Palace and back, it's "tail totem" is called the "Haribon" or Bird King since it's job aside from carrying villagers are delivering plants to the doctors who need them and fighting monsters in the skies

Aebo's tires have the same function as paw pads, they are sensitive shock absorbers that help with balance and stability also used to detect ground temperature before landing

Aebo has 4 eyes, 2 small solid-colored eyes gives it ability to see Ultraviolet and Infrared Light along with its sharp-eyed vision that its 2 large eyes have but both sets of eyes are sensitive to laser light... so don't point the toy laser in its eyes please