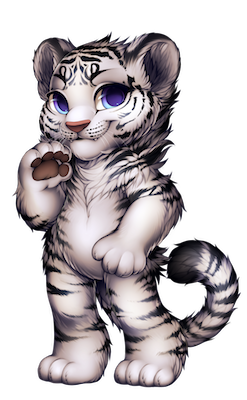 Malcolm was a valiant warrior, untill his early retirement. A monster in the near by forest took his eye from him leaving the poor old tiger only half his sight. Refusing to let that drag him down, Malcolm has become the handyman on his clan, and pitches in a paw where needed. He may not be able to fight any more, but he'll be damned if any one tells him he can't help.