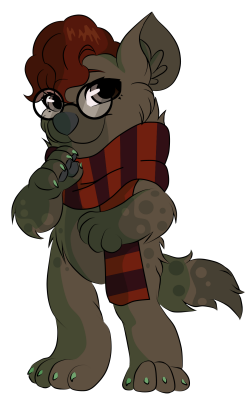 Thanks JoySenpai for the lovely art!

Rosemary is a quiet witch who, for the most part, keeps to herself. She’s aloof and a bit cynical, but she’s ultimately a good person overall. Both an introvert and an empath, Rosemary tires easily around particularly draining people, and usually only spends her time around more energetic people rather than those who sap her energy, and even then she oftentimes needs a break from those people after a long enough time. She uses her magical energy mainly for things like divination and she finds herself frustrated when she can't predict the outcome of a situation or feels lost in what to do.

She enjoys sewing, and her enchanted costumes have garnered quite a bit of popularity among the locals; especially during the Halloween season. She doesn’t have much difficulty keeping herself sheltered and fed with orders coming in every once in a while to fill the void in her wallet.