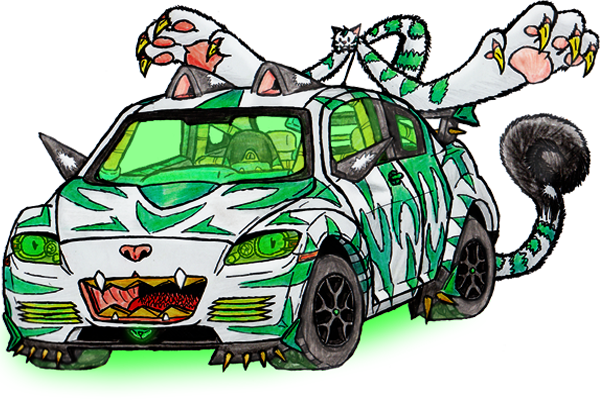 She lived a peaceful life with her creator and the resident scientists within the institute until the military has intention to weaponize her, but her creator dislike the idea to expose her to things that she might never do... hurting people

So the next day the scientists attempt to release Mazzy out of the lab without the general knowing, but they failed to cover her up, causing the army to raid the lab, killing anyone who tries to stop them

Mazzy managed to escape to the forest alone, the only thing that reminded her life in the lab is a green glowing stone with the scent of her creator embedded in it that she always have in the slot on her fender

CSS layout by me with the stylized comment CSS from Tashamon, still WIP