Wardrobe
Villager: I Want My MTV 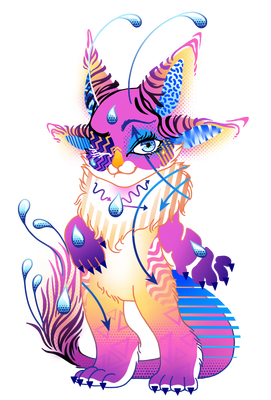 Name: I Want My MTV

She's a television image on the airwaves, a video killing the radio star. She's pixels, she's dots, she's millions of tiny specks of light making up a being and broadcast to your eyeballs. She's music and sounds, commercial jingles and verses and choruses. She's pop art and art pop, the new wave. 80's decadence and 90's attitude. She is pop culture incarnate.