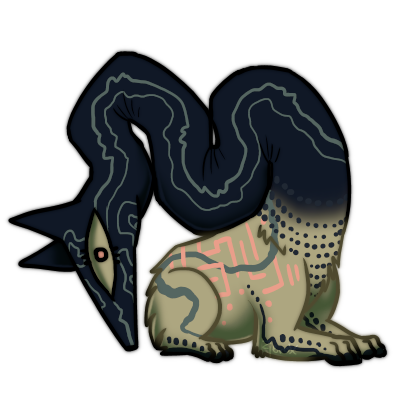 "I follow him to serve my turn upon him." 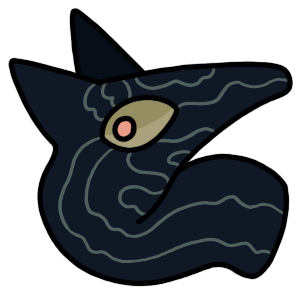 A very strange being, no-one is entirely sure what this creature is completely about... It tends to present itself as a docile, friendly creature and will work itself into a household with little difficulty. However, those it takes to following tend to befall tragedy shortly thereafter, which has given it a reputation of being a bad omen.

Because of this unfortunate trait, it has been dubbed locally as Iago, after the Shakespearean villain that used a guise of friendship to destroy his rival (not that this creature itself directly causes said tragedy by its own means, but seems to move on once said tragedy has struck).

Although a mostly silent creature, it has a habit of shrieking at the break of dawn. And also at sunset. Whether or not it has some connection with the cycle of the sun is unknown, but some believe so. It appears to sustain itself on insects and small animals, and possesses a long tongue akin to an anteater.