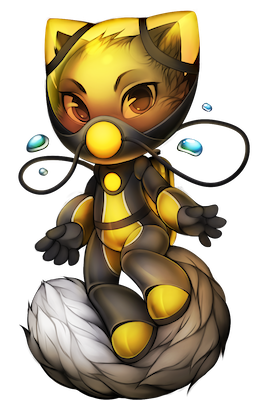 She walked down the street. Listening, silence. Which sense the virus spread silence was good. Though to be honest even a crawler would be a nice reprieve from the constant silence of the week. She saw in the distance the edge of a town. Which was great she was low on supplies. Though a town would probably mean walkers. She stopped, and put back her armor, and hazmat suit. It was incredibly hot, and hard to breath in. Though it was necessary if anything unpleasant was found.
As she got closer she discovered it wasn't a town at all but an old fair grounds. 'That wasn't creepy at all' She thought as she hit the edge, 'maybe they'd have dough, and things in bulk.' She walked in the entrance, the ticket booth was still intact. She broke a window, so if any other survivor passed they'd know someone was there. When the glass hit the ground she heard it. The low groans of ten maybe twenty zombies starting approaching. She frowned, and climbed the ticket booth as quick as she could to get the height advantage. She then pulled out her iron great sword, and steel scythe, and got into position.
With her height the scythe was the most useful to push em back while causing damage. A few minutes later, and they were all dead. That wasn't good though that means people were at the fair during the initial disease bombs, and one was dropped fairly close. She pulled out a device, and checked the air for pollution. It actually wasn't that bad breathable without a hazmat suit, but she wasn't one to take chances like that. Maybe the air was finally clearing enough that the world would be safeish. Probably not, she thought hearing another one coming up. She dispatched quickly, and dropped down, and continued in the fair.
The first place to go was commercial building. This was where businesses set tables, and try to get clients. Maybe an outdoor company had set up there, and left something useful. She walked through, and instinctively drew her sword out. Something was off about this place. Paper was scattered everywhere, and tables were flipped. This was abnormal even for zombies. All the sudden an arrow flew past her head. She went back outside, and used the door for cover. She fumbled in her bag for a second before pulling a flag out. It was a flag with a peace sign painted on it. She waved it in the door a second and waited. Another arrow went through the flag, “Drop you're weapons now, and come around the corner with your hands up!” a voice said.
As much as she wanted peace that wasn't about to happen, “No, I come in peace as a friend not a prisoner.” She replied. She then moved her way around running around the corner to wait. “I don't accept that.” The person said coming up to the door frame. She was ready though, and used the pole of her scythe and pushed him into a wall. She quickly relieved him of his weapon's. In a minute she had him tied up on the wall.
'what are you-I don't -.” He struggled. He was a tan colored horse, but was obviously not all there. He then tried to snap at her. Oh no he was infected, and recently so. He knew it as well. He looked at her startled, 'I, I just please... kill me. Save me this pain.” She lifted her her sword. “Are there any other survivors here?” She asked looking around. It was to late though he was gone. He started thrashing at her harder. She finished the job.
She spent the day looking through the fair nothing of interest. A zombie here or there, but no other survivors, at least none she could find. She found some more supplies enough to make it to the next town. Eventually she headed out of the fair. At the exit she heard a noise an odd Carousel Shetland Pony, was at the edge of the gate. It followed her at a distance all the way to the next town. She left out food, She figured with all the other stuff going on a carousel pony coming to life ain't the oddest thing. . She thought she had finally found a companion. Little did she know that through that pony she was being tracked. And that her life would only get more dangerous from here on out.