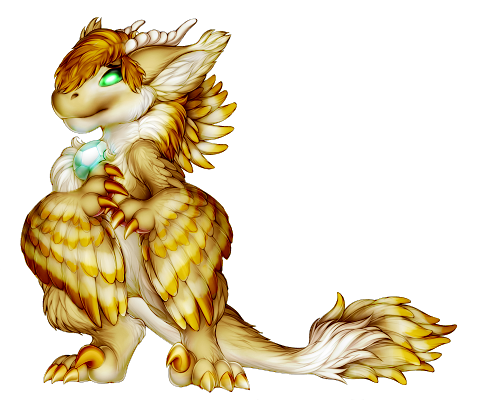 General Information
There are few who rival Perry's kind and caring nature. Ever the inviting host, this unusually fluffy gem raptor will be the first to offer a place to stay for weary travelers. And, most certainly, those travelers will be well-fed, given Perry's background in the culinary arts. Admittedly, he often brings his work with him, typically covered in a light layer of flour and smelling strongly of sugar cookies and vanilla cakes alike.

Admittedly, no one particularly seems to mind the slight disarray and disheveled behavior that comes with this charming baker.

History
character notes: initially from the Sunset Mountain range, Perry, originally known as Peridot, was raised by parents who were mages. Perry had little magical talent himself, but could certainly cook. Eventually befriended Zircon the miner, and gave that work a try....which didn't go so well. after a lot of self-searching, he found what he knew all along: cooking was his passion. thus, he moved to a larger village and set up shop.