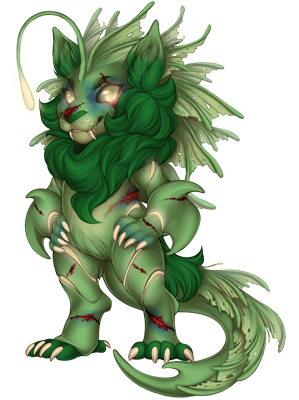 General Information
One of the Four Horsemen of the Apocalypse, Famine seeks to spread his unending hunger to the world through his curse of undeath.
Famine is a zombie who actually retains sentience. While he still possesses the same unending hunger for flesh as the average zombie, he has retained his sharp, calculating mind. Famine preys upon sailors, adding those he deems worthy to his undead army.


History
Before his untimely demise, he was a naval officer, Captain Farrow. However, a band of pirates boarded his vessel and slaughtered the entire crew....except for the captain. Before he was overtaken, Captain Farrow managed to kill the pirate crew's first mate. It was then that the pirate captain decided he would make Farrow suffer. Inflicting a number of wounds upon him and chaining him, the pirates flung Captain Farrow into the ocean.

Given his ability to breath under water, Farrow wouldn't drown. Instead, he was left with nothing to do but watch himself bleed out. But he would awake again, not with thoughts of revenge, but with thoughts of building an empire of the undead.