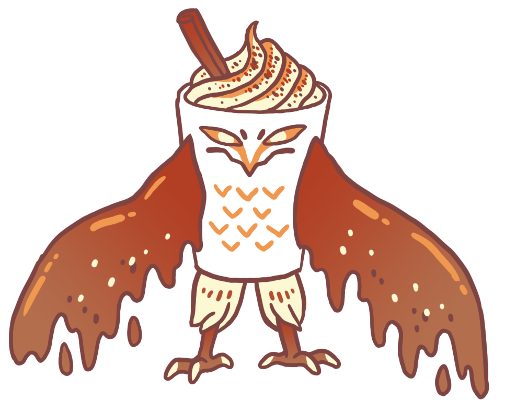 "You try to take JUST ONE TASTE and I'll claw your eyes out."

He used to be a normal owl... At least, until he tried one of Taako's magically-flavoured pumpkin spice lattes. He's been a very unhappy soul since then.

Likes: Being alone, water (the one thing flavourless enough to mostly get past his taste buds un-spiced).

Fun fact: Apparently pumpkin spice used to be his favourite flavour. But now pretty much everything he eats or drinks tastes like pumpkin spice to him, and he's gotten thoroughly sick of it.