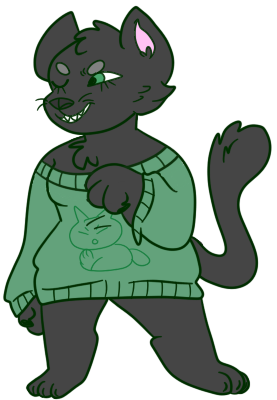 Athena loves treats, any type of treat she can get ahold of she devours. She also loves curling up to her favorite people, and will hide from you if you've upset her (only after she bites you). She's super sassy and if you've done something to piss her off , good luck. She's very curious and often times finds herself in places she doesn't belong.

--
When Athena stumbled upon the village she curiously ate Shiva's herbs, rummaged through Al's alchemy workshop, and Abella's collection of stuff from her adventuring. She even snatched some of Steven's clothes and swords and swung them around and had a very fun time causing chaos for everyone. When they found her they tried to make her leave but she was so good at crafting and she was exactly what they needed so they reluctantly let her into their circle. It wasn't easy at first but she's grown a soft spot for Wish, and has decided to be a bit nicer because of it. She also gets along amazingly with Darling (no surprise considering that Wish is his apprentice and it was a great chance to be closer to them both) and will often curl up to Darling for warmth during the strong Winters. She usually stays with them in the same home and rents out a room with the money she makes from crafting various supplies.
-- 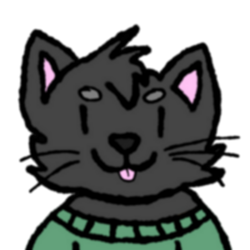 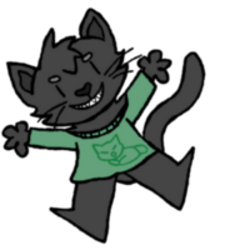 by Ramorgi
--
Character will never be for sale / trade. (She's based off my actual Cat, Athena)
Paintie was done by : Tiburce
No 18+ rp will be done with this character.
css by teacup