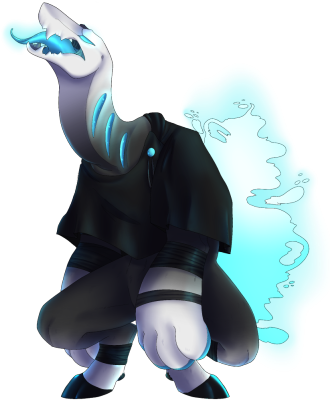 "You lit the lantern, I heed the call."

Summoned into a simple iron lantern long ago by an unknown mage, Scary has long since outlived the purpose he was once given.
A very territorial specter, making his home within the forests and glades of northern Ireland, he now exists purely to protect his woods and the final resting place of his former master.

There are only two other humans who have ever been permitted within this forest. The first, a man who; much like Scary, prefers to keep to himself in a log cabin built by his own hands to the south west. It was clear early on, after much of the work had been completed that there was little sense in asking him to leave as he cared well for the wild life. Being allowed to stay under strict condition he only ever took from dead and dying trees, and that he should hunt only when hungry, never being wasteful.

The second, being a young boy, who, against the warnings of the townsfolk, would often sneak beyond the boundary of the thicket and the underbrush to explore. Even beginning to visit more frequently after a chance encounter with the specter; that resulted in some sour sweets being left behind which he has since grown fond of. The boy has since made a routine of bringing an extra bag of these sweets every time he goes to explore.

"Scary" is not his proper name, but none apart from his master had ever uttered it. Instead, merely taking the word most often used by those who have crossed paths with him.

There are only three things certain to the specter about his own life:

1. His very being is tied to the lantern. Should the flame be snuffed out,so too will his life. He has found ways around this, the gemstone adorning his cloak and staff- both gifts from his master when first summoned, allows him to collect the souls of the dying.

2. He is able to venture no farther than a third of a mile from any boundary of the forest.

3. The monstrous form he assumes now, is not how he always appeared, though whatever form he used to take, he has long since forgotten. 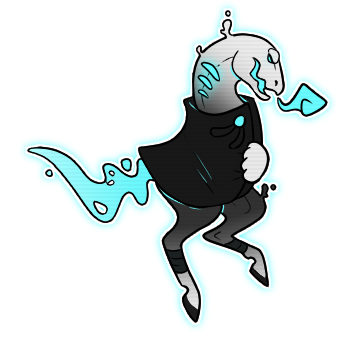 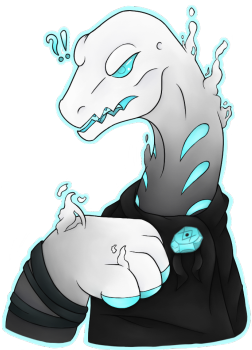 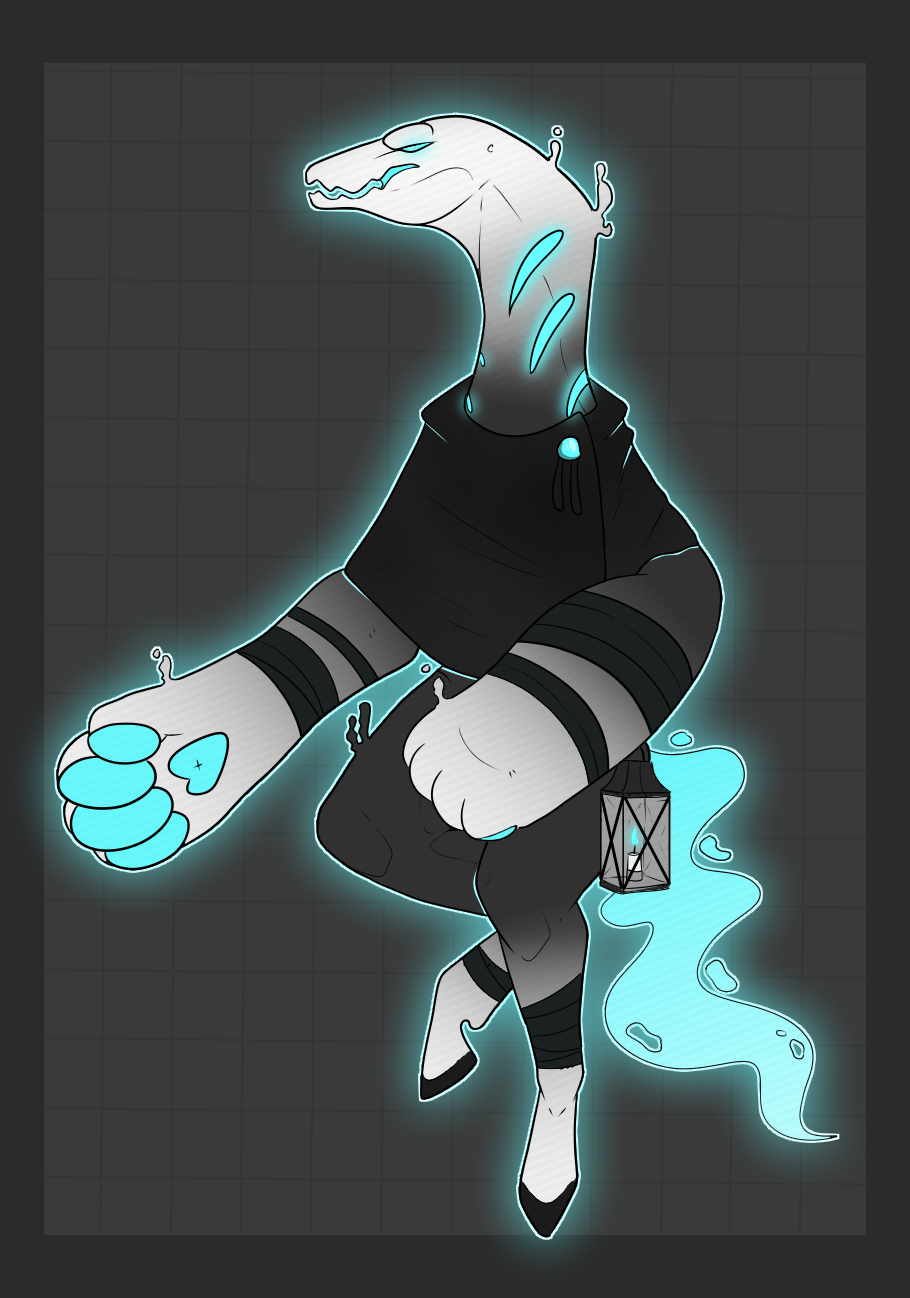