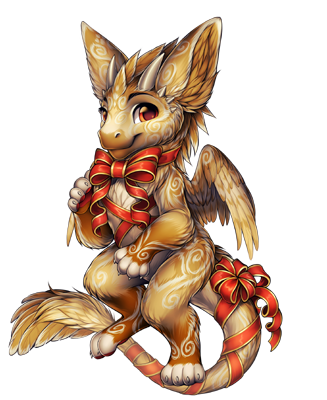 Once upon a time, there was a Consciousness. The Consciousness was the only thing in the universe, until he decided to create two other beings. He called them Moli and Noah. However, he controlled these beings, so they were more like drones. But he didn’t care, for he knew not better.
Moli was the moon. She was a sirukai (seraph), and looked like a marble horse with huge wings. Noah was the night sky, and he was also a sirukai, though he looked more like a fox. They loved each other, and every night Moli would swoop down, pick up some dust, and throw it over Noah’s robes. Then she would cover herself in her own hair and fall asleep. They loved each other so much that they had two children. Their names were Sycamore and Paintbrush.
One day, Moli and Noah decided it was time there were other life forms besides them and their children. They created a host of new animals. Moli created the canine and feline life forms, who took after her in their love of the moon and of the wild things and of meat. Noah created snakes and lizards, who were meant to look like him. And they created a host of new sirukai. However, these sirukai almost always went to serve Noah as his “Night-runners.”
Soon, Moli developed a will of her own. Slowly, she broke free of the Consciousness’s grasp. The Consciousness made Noah trick Moli into thinking he was free of the Consciousness’s grasp as well. Noah convinced Moli to enter a small realm where they could shelter from the Consciousness. He put Paintbrush, who annoyed the Consciousness more than Sycamore did, in with her. Then he locked her in the realm and became the ruler of the world. He even created a trial to create new night-runners and promote the Consciousness. This is when the first lunar eclipse occured.
The mother and the daughter turned it into their paradise, called the Realm of the Moon, but it was not enough. Furious, Moli and Paintbrush schemed to escape the realm. Moli decided that the only way she could escape was to rip her soul into two and hope the two pieces met once more. Paintbrush would have to do the same. In the attempt, Paintbrush died, and Moli was thrown into the mortal realm. Half of her soul had all of her memories and her physical form but had no personality and no powers, and the other half had none of the memories and was a human but had Moli’s personality and power. The half with the memories was called Monira, and the half with the power was called Serkaralka.
Noah saw this happen with a newfound power called the Sight, which the Consciousness gave him. He ordered Sycamore, the leader of the Night-runners, to track down the pieces of Moli’s soul and bring them to the Consciousness so they could be destroyed. Running from the Night-runners, Monira collided into Serkaralka. Meeting again, their souls became one again and they plotted, in secret, to go back to the Realm of the Moon, lure the Consciousness there, destroy him, and save Noah’s soul.
But the Consciousness was furious with Noah. He used a sword of darksteel to destroy Noah, who screamed in agony to escape but couldn’t. He took Sycamore and bound him in a prison to punish him, and turned the Night-runners into ordinary, powerless creatures.
Though small, the Consciousness knew that he could defeat Moli, and he flew into the Realm of the Moon...straight into the clever sirukai’s trap. With a single bound, the enraged Moli raised her long sword of magic and cut off the Drone Blight’s head, power swirling around her in the moonlit-white sky. His blood spattered all over Moli’s clothes, which is when the first Blood Moon appeared in the sky.
Moli came to free Sycamore, but his soul was almost gone. She whispered him farewell and sent him to the Other, where the souls of Noah and Paintbrush were as well. She cried, and the first rain fell on the earth, creating the life we know today. Then, when the night sky came when the day ended, Noah’s soul returned to the world, free from the Consciousness’s grasp. Moli’s rejoice and playful anger was so large that she created the sun, which became a part of her soul so that she could be with Noah during the night and the day. And they lived like that happily ever after.