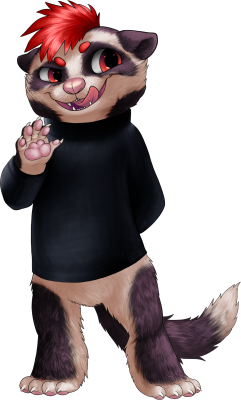 Hannibal is infected with Zombipathy. Eating brains relieves symptoms for a time, but comes with memories of the brain's former life. Your doctor recommends adding hot sauce for extra flavor, but a Golden Apple a day will send the Zombipathy away.

A weaselly, evil little bastard. Gives everyone the creeps, and though no one can say for absolute certain, his fellow townsfolk have him pinned as some variety of murderer. You would think one with his proclivities might find the rumors surrounding his activities to be a hindrance, but Hannibal merely finds the attention and fear directed towards him amusing. He has a massive ego that's only crossed further over the threshold between egotistic and delusional with time. He truly believes he's untouchable, seeing himself as more of a folkloric entity than the mortal serial cannibal he is.