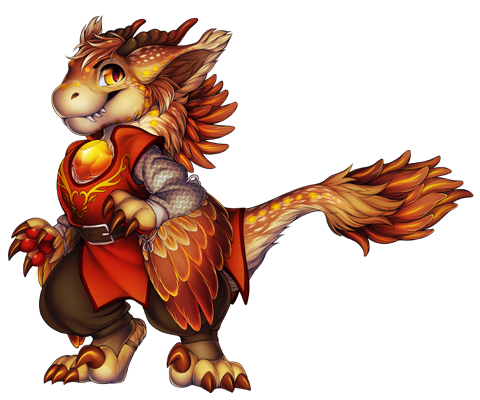 Driiop is infected with Vampirism. Symptoms include craving blood, sensitivity to sunlight, an allergy to garlic, and changing into a bat after especially forceful sneezes. If they start to sparkle, immediately consume a Golden Apple to cure the infection.

ESFP-T
CSS by TropicalDeer
~~~~~~~~~~~~~~~~~~~~~~~~
The clothed Gem Raptor was watching the two other raptors with a kind of loving gaze only an admirer would have. The stone on their chest glowed warmly, the other gems hidden beneath it's armor following suit. They looked over at you, and their eyes glowed the color of rainbows.
"Oh, wow! Hey!"
They jumped up and down. The other animals looked at them.
"Hey, quiet down!"
A different animal, a dog that wasn't part of the group, growled. The glowing raptor looked down, gem glowing blue, before perking up and smiling, the gems now slowly changing back into the warm amber color.
...
Well, that was something.
"Uh... Anyway, I'm Driiop! Dre-op! Like at the end of pop!"
They wagged their tail.
"I like sewing. Can that help you at all?"