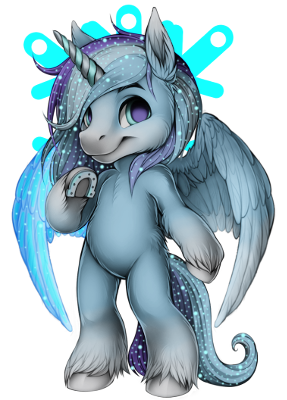 Hailing from a long lost civilization of Alicorns, Frostwing found his way into present day Equestria entirely through accident. One day, he was making his way through an aquatic cave, looking for a fossil for his sister, when a freak cold front came through, freezing the water in the cave, and Frostwing with it. Many years later, the citizens of a nearby village were excavating ice from the cave, when they came across the frozen Alicorn. Startled, they chipped him free to try and melt him out, but the block of ice he was in fell, and his right wing snapped off in the ice. When he thawed and came to, Frostwing used his ice magic to make a prosthetic wing for himself. It doesn't work, and he can no longer fly, but he is still a proud Alicorn. 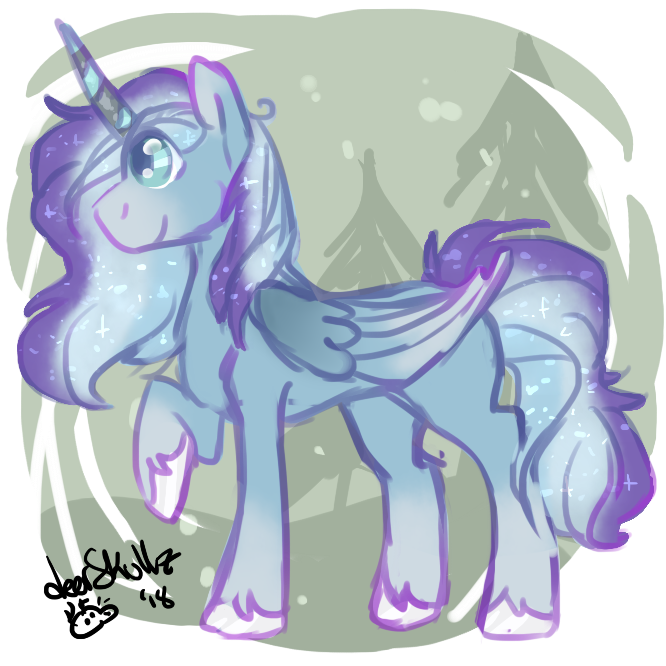