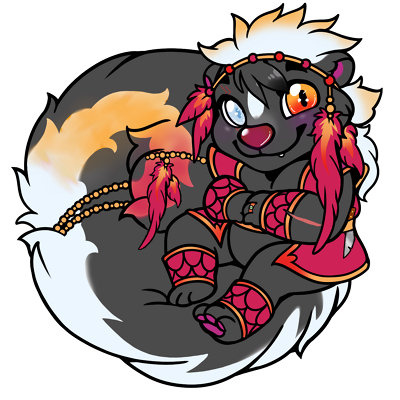 rookie is infected with Vampirism. Symptoms include craving blood, sensitivity to sunlight, an allergy to garlic, and changing into a bat after especially forceful sneezes. If they start to sparkle, immediately consume a Golden Apple to cure the infection.

"rookie" is a retired dragon slayer/ tamer depending on what the village wanted (these where huge fierce problematic dragons not tiny cute ones) he left after a bad dragon, blinding him in one eye and scaring his arm. he has frequent nightmares of the battle. also, I am aware that if a scratch blinds something, it is because the eye was damaged, so the blinding is inaccurate, however, I like the way it looks, and it was a magic creature, so does it have to be realistic?!