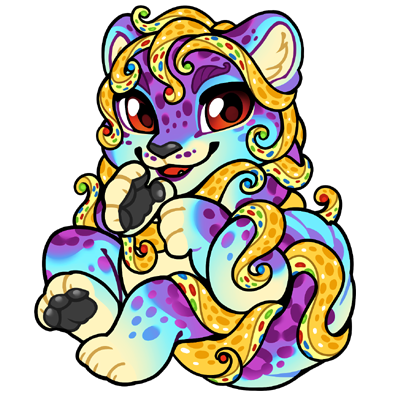 Ever since she was smuggled into the village by Raechel, she has flirted non-stop with the main alchemist in the village. Sergei. Beside himself, he tries his best to casually side step her advances and tugging, teasing, tentacles.
She actually considers herself a matchmaker goddess. Shes trying to play with the poor sap to get the Miriam kitty jealous. Cerulea has seen how the tomcats always staring at her. Its quietly working, though Miriam doesnt show it.
That and Cerulea has got her eyes on the hunky Burgis. She isn't into all that alchemy hullabaloo.

When she isn't messing with those two's love life, she is following Raechel around on her misadventures, intrigued by the antics land folk participate in. They get along famously.