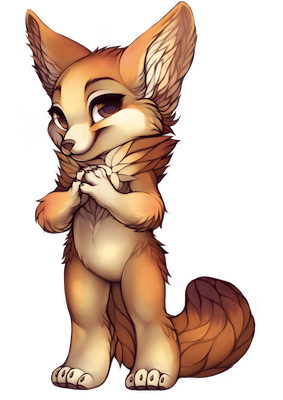 Dune is as much as a fox as can be. He's sly, slick, and can get himself out of trouble very easily and quickly. He has history of being a thief in Olde Foxburry but after moving to Quetzal Palace, he's not exactly trusted by the other villagers but he's finally not on a Wanted poster. He doesn't steal things anymore from others but he does from his denmates, Ocean, Shadow, Scorn, Skull, Roar, and the others. According to Dune, "Old habits sometimes can't be stopped." He however does try to busy himself with the Animal Husbandry rank. It seems to work for now.
________________________
Dune crouched on the rooftop, gripping his bag in one hand, clutching his cloak in the other. He waited until the other fox left the house before Dune slipped into the open window. This one, this one was rich. That was why Dune was here. He was the greatest thief in Olde Foxburry. He was wanted everywhere. He shook his head and forced himself out of his thoughts. He found a chest that was filled with books, jewelry, and money. He filled his bag with as many items as he could. He jumped from the window, grabbed the rooftop, and pulled himself up. He ran from rooftop to rooftop. He jumped onto a wall, climbed it, and jumped down on the other side. He ran away from Olde Foxburry as fast as he could. When he was a long ways away, he opened his bag and chuckled. That was the last house in Olde Foxburry he hadn't taken something from. He went into a hole in between two large rocks on a hill. The hole itself was hidden and if someone saw it, they wouldn't suspect anything. And it was very small. Dune was small too. He could fit through that hole with ease but most others couldn't. There wasn't light down there anyway, not for a long shot. He'd have to go deep underground and light a candle in order to get light. It was deep enough underground, and far enough away from the enterence, that the candle light wouldn't show at the beginning of the tunnel. Here, Dune stored all of his stolen items. He'd need a bigger bag in order to store all of these items.