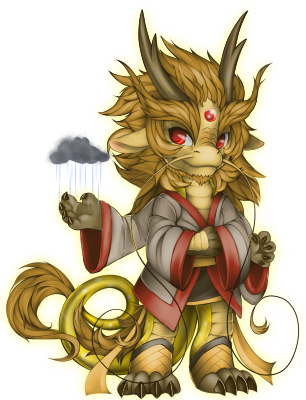 Aubudra is a demi-god of sun, even if he brings the rain no matter where he goes.
Aubudra has a grandchild that goes by the name of ForestSpirit. Aubudra is very protective of him, even if he now he can't do much in the end.
Being cast away from the realm of Gods, Aubudra now guides the rains to their rightful place, following the rules from the Sun. The sun is the mother of Aubudra, being born from the single burst of light, he knew what he had to do with his life.
He did years upon years of what he was made to do, until he decided to have fun, and see the humans. The humans weren't very kind to him, hunting him down and hurting him. So, he was part of the history. Decades later, he tried again, but in human form this time. It went well, until he fell in love with a lady. They got married and had a child, but Aubudra had to go.
Years go by, the child is an adult and has children of her own, Aubudra visits one of his grandchildren. The child he visit got powers, obviously, and went by the name of ForestSpirit. Aubudra swore he'd follow the child through his life, no matter what.
Only for tragedy to settle in.

Aubudra is thousands of years old, he's a golden dragon with red eyes and a red jewel on his forehead. His family consist of finnish witches (humans), the sun, and ForestSpirit.
Wherever he goes, he brings the rain and thunder with him, despite being demi-god of sun. Aubudra doesn't control the weather, only the clouds which produce the rain. He has very little patience, despite being old and kind. Aubudra hibernates in the winter due to the cold weather, and the fact he mostly works over Finland. 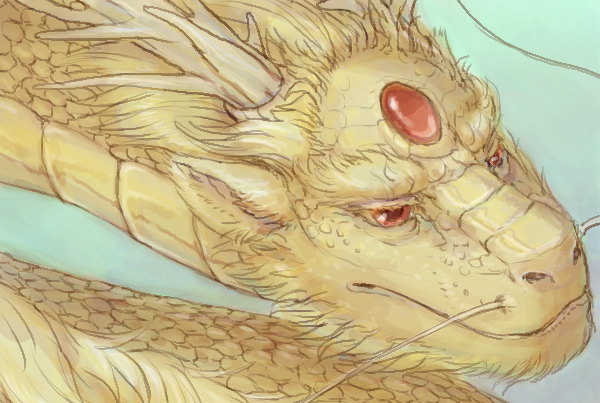 CSS through trial and error