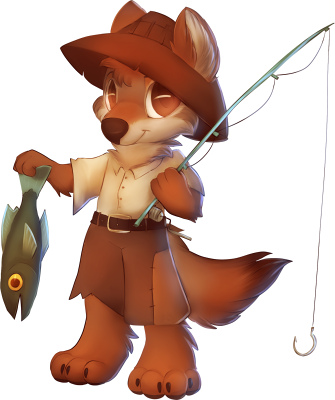 Every parent prays for their child to achieve something greater than their means. Bradburn's parents gave him a big name to grow into, but anyone who knows the plucky little fisherman calls him Anchovy, including his father. In fact, his mother is the only one who still insists on calling him by his legal name, hoping that one day he'll grow into such a mature and prodigious sounding name.

No matter how much his mother wants it though, Bradburn's just a normal rough-and-tumble child who loves to play in the mud and go fishing. His education is basic and he is completely unremarkable.... at least.... they think he is....

Like most little boys, Anchovy likes collecting stag beetles to fight his friends.