Marcel is infected with Vampirism. Symptoms include craving blood, sensitivity to sunlight, an allergy to garlic, and changing into a bat after especially forceful sneezes. If they start to sparkle, immediately consume a Golden Apple to cure the infection.

The loud cheers and laughter of merry-making echoed from the Half-Tail Tavern that evening. Inside, furs from every walk of life drank, ate their fill and enjoyed themselves to the fullest, but the majority of the ragtag group of furs clustered around a sole patron to listen intently on every word he spoke.

"...and so there I was... Sure as dirt that my head was about to be lopped off! But, right as the old 'gator was about to pull the lever, the fattest pig you've ever seen dropped from the sky and landed right on 'im! I swear! And so of course, being an opportunistic kind of fur, I reached on over and swiped the keys from the poor old hangman's hand, that wasn't smothered under rolls of fat pig rump mind you, and freed myself from that uncomfortable guillotine right as the blade came down with a loud shink!" Said Marcel dramatically, clapping his paws together to emphasize while the crowd gasped in awe.

"Oi! Where'd da piggy come from?" A rather gnarled and unsightly looking stoat questioned not a moment later; slamming his mug of ale down onto the dirty table.

"Ahh, very perceptive my ugly friend..." Marcel replied with a grin, earning a scowl from the stoat and laughs from his drinking companions before leaning back into his chair and picking at his teeth with a claw. "You see, before this all started..."

Just as Marcel was about to start, the room around him went deathly quiet, and looking around Marcel saw his fellow tavern-goers all looking towards the door. The voice of the last furson he wanted to hear rang out.

The lumbering dragon stood a full three heads over all of the other patrons in the bar, and as he began to stomp his way towards Marcel many took their chance to flee from the bar, as they knew things were always bound to get violent when Angus was angry. Marcel, though, did not move a muscle, and he continued to sip from his mug as if nothing out of the ordinary was happening. And then, spinning around deftly in his chair, he spread his arms out in welcome and gave a wide grin up at the disgruntled dragon who was but mere inches from the coyote.

"Friend! I assure you that the potion I sold you works! You'll be back to breathing fire in no time at all!" Marcel said cheerily to the very angry reptile. "But in any case, you know as well as anyone. I. Don't. Do. Refunds." He then stated plainly; the merry look on his muzzle having changed to stoic assertion. The furs around their immediate vicinity visibly shrank backwards a few steps; they didn't want to be caught by the dragon's wrath!

"Sae ye dorn't gie refuns nowe, dae ye? Wel'en, Ah suppose eatin' ye will be guid enaw!" Shouted Angus as his huge hands wrapped around the coyote faster than one would have thought a large dragon could move! With his arms pinned to his sides, the strangely calm Marcel was lifted from his chair and hoisted up into the air in front of Angus' sneering snout. Marcel's muzzle scrunched up at the foul scent of the dragon's breath, but he remained cool and collected; even when that maw opened wide to reveal slimy, sharp fangs and the dark abyss of the dragon's throat.

The crowd gasped, and a female pigeon swooned and fainted nearby as the brave coyote was brought closer and closer to that maw, but Marcel knew what he was doing, and a sly grin slowly spread across his face; the glint of a few gold teeth catching in the wan lantern light. Like all dragon's, Angus' long tongue was curled and lifted the more his maw opened, and with the ferocity of a rabid canine Marcel lashed out and bit onto Angus' tongue. Hard. What followed next had the mouths of every fur in the crowd open and slack as Marcel treated that tongue like a dog would a stuffed squirrel; twisting his muzzle about and growling while the once imposing dragon squealed out in dismay. Immediately Angus dropped Marcel and cried out, covering his snout with his hands and falling to his knees while a smug looking Marcel spit onto the floor to rid himself of the taste of dragon tongue. With a mighty kick to Angus' jaw, a loud crack echoed through the tavern and an unconscious dragon crumpled to the floor. Grabbing his mug seated on the table behind him, Marcel drained it in one gulp and gave a hearty burp before looking around to the stunned, speechless furs around him.

"Right! Drinks are on him!" Marcel shouted with a laugh, kneeling down and snatching the bag of coins on Angus' belt and then tossing them to the barkeep. The portly chipmunk caught the bag, opened it, and then proceeded to laugh and shake his head just as the entire tavern erupted into cheers, whoops of laughter and reenactments of what had just happened in front of them. All the while, two hefty looking equine dragged the limp form of Angus from the tavern and deposited him into the muck of the nearby stables; the dragon was not going to be waking up anytime soon.

The conviviality extended long into the night, and it was only when the barkeep himself was passed out on a table, snoring loudly that Marcel yawned, set his cup down and took his leave, careful not to step on the tails or faces of the many furs passed out on the floor. Grabbing his large, item filled knapsack that he had hidden away underneath an inconspicuous floor board, he donned it, exited the tavern, took a deep breath of the crisp early morning air and set out on the path leading to the next town. Marcel knew that whatever lay ahead of him, he was ready for. 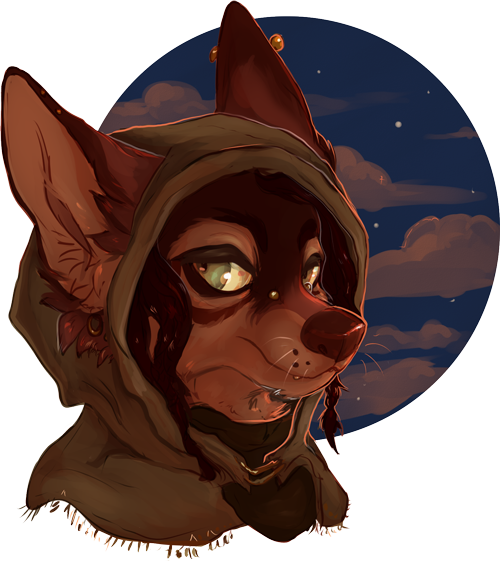