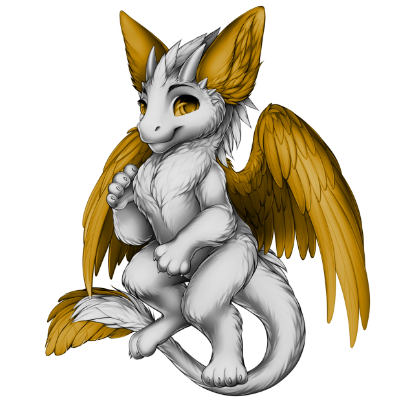 Azurae's mouth dropped open in awe, her legs becoming jelly. The room she had just stepped into had beautiful mauve ceilings, made of a soft brick. The floors were pure white marble and appeared to have been cleaned a dozen times. The walls were a fluffy lavender pink colour, they seemed to stretch on down a corridor to the right of her position. Everything was so. . . astounding, she wasn’t expecting something of this quality when she was rescued.
“Just down the right corridor is a testing room, it’ll tell you what job you can participate in well” The woman smiled gently and waved in the direction of the hall, “Good luck!”
Azurae smiled, and turned to face the giant corridor. She braced herself for more surprises, and started walking slowly. Everything was so huge, and stunning, there were no words to describe its beauty. She watched her step as she noticed some kind of candy left lying on the floor; she knelt down and picked up a piece. It was a small candy corn, not often found in a place like Quetzal Palace, she was quite confused. Suddenly, a rabbit of some sort ran into the room, scurried over to the candy corn and started picking it up.
“Sorry, for the mess, Azurae, I forgot to clean it up earlier”, The bunny was holding several candy corn pieces in her arms, “By the way, welcome, it’s not often we get a new villager, since prices on houses are rising so much lately, and our explorers are quite sick”.
“Oh, thanks” Azurae smiled, “but I can’t help wondering how you knew my name”.
“Oh, it’s just common knowledge” The bunny replied with a short smile, “by the way, my name’s Amber, nice to meet you”.
“You too, Amber” Azurae lifted her voice as the Amber started running back the way she came. Azurae continued walking down the corridor, before noticing a large entrance to a room. She knocked on the door, and a loud echo was heard all around the hall.
“Come in!” A voice called from inside the door.
The door opened and revealed the same woman that had rescued her just an hour earlier.
“let’s find out what kind of job you would fit in” the woman smiled.
“Okay, but how will I know?” Azurae asked, she was beginning to question everything that was going on.
“A small symbol will appear on your palm, and then fade out slowly over a couple hours, that symbol tells you exactly what job you’re fit for!” The woman sounded extremely excited about the whole deal, “Just close your eyes, and think of a positive memory”.
Azurae closed her eyes and imagined the woman floating from the sky, she had her hands stretched out towards her and asked her to follow. Azurae followed the woman closely, and flew up towards the cloud the woman had pointed to, before entering a huge building that was located on top of the cloud.
“You can open your eyes now” The woman whispered.
Azurae looked at her palm, to view a symbol that represented being an Explorer, “What? Are you sure?”
"The village always chooses correctly" She said softly, her eyes sparkling. head on over to EphemeralSys's House of Mirrors Adopts if you'd like your own reflections.

Coded and originally owned by @moshi