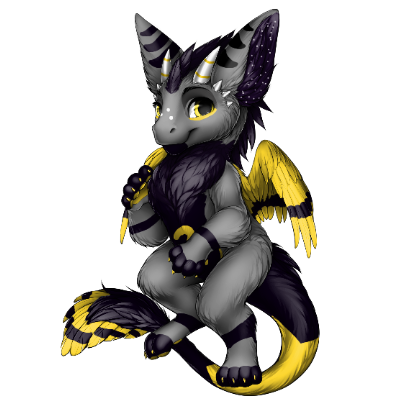 Unknown is infected with Zombipathy. Eating brains relieves symptoms for a time, but comes with memories of the brain's former life. Your doctor recommends adding hot sauce for extra flavor, but a Golden Apple a day will send the Zombipathy away.

Thanks: Puppy for giving Unknown to me as a character design :]
Paintie done by me

Unknown is very kind, playful, and energetic, during the daytime anyway. They always put their friends first. They have a love for shiny things and have a relatively short attention span. Unknown often explores with Flare just for fun. He leaves the house often to meet up with friends or just to spend some time outside. However, despite Unknown being so happy most of the time, he is also known to stay up late and has nightmares often but he refuses to tell anyone about it or what happens in his dreams. He doesn't know where the dreams come from as he doesn't think anything tramautic has happened in his past. However, much like his name, his past remains unknown and he claims to not remember anything that happened past two years ago. Unknown also claims to have seen a six-limbed ghostly figure at night though no-one but Ocean believes him because Unknown can be quite delusional late at night.