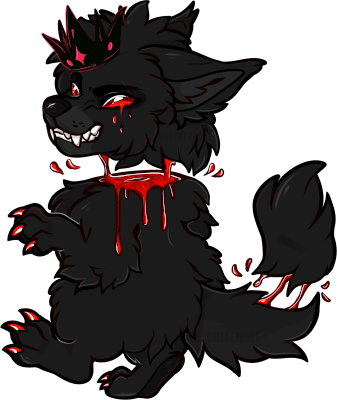 Deceiving, self confident and slightly unpredictable. Simple has a tendency to twist the meaning of the things people say purposely. She enjoys being needlessly cryptic to the point of the original meaning what she was trying to say is loss. Her favorite thing is to play and poke at people with riddles and overly complicated mind games that don't really seem to make sense at all. She honestly loves being the only one to understand something though, it's like a game to her honestly.

She likes to be in control of the situation; being someone to say one thing to make a person react a certain way, then also being able to do a completely different thing to get another response-- she tends over analyzes things, but she finds people to be very interesting to the point of actually wanting to study them and their different responses.

She's a very curious in this sense and sometimes she goes out of her way to get these responses. she has an awful habits of staring at others because of this as well. Maybe she just wants to understand the person and see "what makes them tick" so to speak. Although her way of expressing this often comes off creepy or weird.

Her attempts to get certain reaction can occasionally get a bit out of hand. She tries to deliberately creep or scare people with a number of different ticks like smiling her signature Cheshire grin to having head casually float around like it's nothing. Even though she does do these things they're usually not out of evil or to be malicious. She's honestly really not evil in the slightest, she's just a trickster. ---
Simple's toyhouse
---
(If you comment IC and i will comment back IC)
(Art on profile in order: chervb @ da)
(Paintie by queentyrunt )