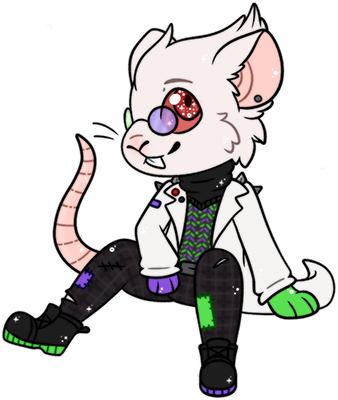 Viktor is infected with Zombipathy. Eating brains relieves symptoms for a time, but comes with memories of the brain's former life. Your doctor recommends adding hot sauce for extra flavor, but a Golden Apple a day will send the Zombipathy away.

I appreciate any and all art of him <3 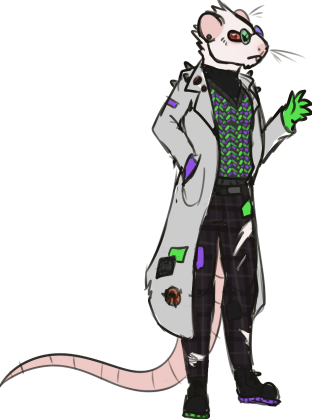 Viktor is almost the archetypical mad scientist, though he is decidedly far less evil than we've come to expect. in fact, he could even be described as chaotic good. He's also a punk and is in the process of turning his labcoat into a... battle-labcoat?

He isn't the most socially adept, but he's actually quite friendly if you also disregard his clumsiness and penchant for ignoring all safety procedures and precautions. it's a wonder he and his lab are still standing. Or that he's still allowed to be a student.

no one knows exactly what his goal is. I don't think even he knows.

- punk and metal music. anything loud and abrasive will do.